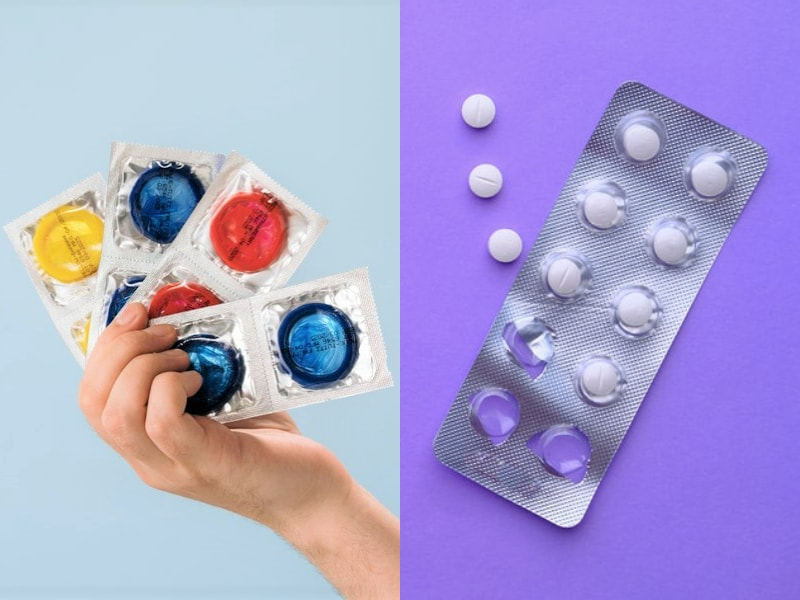 Contents hide
Birth Control Options For Men
Condoms
Vasectomy
Withdrawal AKA Pulling Out
What Is The Best Male Contraceptive?
Is There A Birth Control Pill For Men?
Stay Safe With These Options Of Birth Control For Men

Don’t want to receive an early Father’s Day card? Didn’t pay attention in science class? Specifically Form 3 Science, Chapter 4? (Spoiler alert: It’s the chapter on reproductive systems.) We don’t judge, but it’s never too late to educate yourself on the methods of birth control for men. Because as fun as adulting can be, it’s better to be safe than sorry if you’re just not ready. Below, we walk you through the present and future male contraceptives available at your disposal. And yes, that includes the elusive ‘Pill’ for men that’s still a work-in-progress.

There are scant options when it comes to birth control for men. So we’ll inject some (more) substance into this article by weighing the pros and cons of each for you.

Now you probably know what a condom is. But for explanation’s sake, we’re going to have to rope in a bit of secondary school science. A condom is essentially a sheath that covers the penis and prevents sperm from reaching and fertilising an ovum, thus preventing pregnancy. It’s commonly available in Malaysia in latex and non-latex (plastic) forms.

This is one of the safest methods of birth control for men, but it is by no means foolproof. According to Planned Parenthood, condoms are 98% effective in preventing conception if you use them perfectly every single time. In real life, that number drops to about 85%, which means 15 out of 100 people who use condoms may encounter accidental pregnancies. If you don’t want to be part of the statistics, learn to put on rubber correctly so they’ll work to your advantage.

Things escalate quickly in the male contraceptive department because the next option is a vasectomy, a form of male sterilisation. This procedure requires a minor surgery, in which the tubes carrying sperm from the testicles are cut and tied. Don’t worry, your semen production won’t grind to a halt. You’ll still be able to produce and shoot your load; it just won’t contain any swimmers.

Generally, a vasectomy is more than 99% effective. It’s also assumed as irreversible, so think long and hard before going through with it. If you do, it’ll take at least three months for your semen to run clear. Until then, contraceptives are still your best friend.

Withdrawal AKA Pulling Out

Also called coitus interruptus in Latin, the withdrawal or pulling out method is one of the oldest and simplest forms of birth control for men. It only requires the penis to be withdrawn from the vagina before ejaculation, but that’s also why it’s the riskiest. Timing is key, and there’s absolutely no room for slip-ups.

This challenge is why 22 out of 100 people who use the withdrawal method may end up celebrating Father’s Day early. That’s about 1 in 5! In spite of that, this method works best when used in conjunction with another male or female contraceptive, like a condom or diaphragm. That way, you’ll have a solid back-up in case of any mishaps.

What Is The Best Male Contraceptive?

The reality is, no male contraceptive is perfect. They all come with inherent risks of pregnancy. (Yes, even snipped tubes have a rare chance of reattaching!) Save for abstinence, the best birth control for men is to always practise safe sex with proper use of contraceptive(s).

Is There A Birth Control Pill For Men?

The short answer is yes. There may be a birth control pill for men… in the future. Research is still being carried out by a team of scientists at the University of Minnesota to develop a non-hormonal male oral contraceptive.

So far, the contraceptive has been tested on mice and it knocked out the rodents’ virility temporarily without obvious side effects. Though promising, it would still need to be put through human clinical trials at the end of this year before viability can be determined. Until then, you’ll have to stick to the three options above.

Stay Safe With These Options Of Birth Control For Men

Remember that the responsibility of birth control doesn’t have to fall squarely on the shoulders of women. Men should also take equal responsibility to help prevent unintended pregnancies. And knowing what birth control options are available for men is a step in the right direction! Remember, gents, that a moment’s pleasure is not worth a lifetime of regret.

Prefer safer ways to please your partner? We recommend these chocolate gift boxes and romantic rooftop restaurants instead.