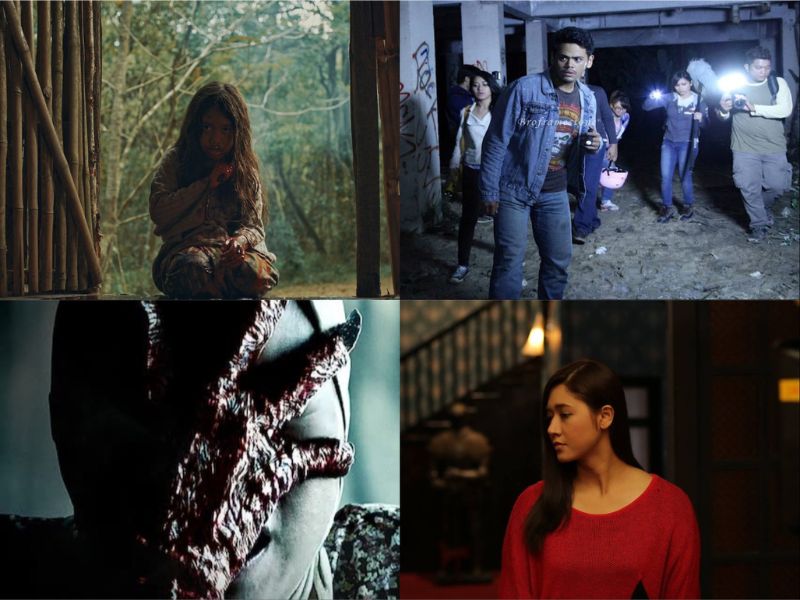 Contents hide
New To Malay Horror? These Movies Should Be On Your List
1. Roh
2. Munafik & Munafik 2
3. Susuk
4. Highland Tower
6. Dukun
7. Pusaka
8. Miimaland
9. Misteri Dilaila
10. Karak
11. KL Zombi
12. Dendam Orang Mati
13. Penanggal: The Curse Of The Malayan Vampire
13A. Ular
Give These Malay Horror Movies A Try And You Might Be Surprised

Every Halloween season, you will inevitably come across lists recommending some of the best horror flicks to watch. If you are a horror veteran, chances are you have seen most, if not all, the same old same old recommendations. How about trying a different flavour this time around? Per the title, we are suggesting these Malay horror movies that are worth your time. You might not have given them much thought all this while, but they might just change your mind to check out more local productions!

New To Malay Horror? These Movies Should Be On Your List

Black magic, zombies, horror based on real-life elements, these Malay horror movies have got it all!

The likes of Midsommar and The Wailing show that folk horror can really get under your skin. The subgenre cautions that one shall not mess with creepy people in religious garbs, shamans, or just people in white overalls.

Roh is a Malay folk horror film that revolves around a forest-dwelling family who encounters creepy happenings after a visit from a strange little girl. The fact that it is critically acclaimed internationally and was selected as Malaysia’s entry for the 93rd Oscars should prop it to the top of all local horror fans’ watchlists.

Remember all the box office splash that a certain Malay horror movie made several years ago? Munafik and its sequel, Munafik 2—which deals with evil spirits and religious matters (always disturbing)—managed to scare throngs of moviegoers into parting with their monies (in a good way, of course). The films also boast a string of awards, making them arguably the most successful Malay horror movies yet in Malaysia.

Susuk is a real-life (and forbidden) practice of inserting charm needles into the soft tissues of the body for various purposes, ranging from treating minor ailments to enhancing one’s beauty. If the sound of it is already enough to make you squirm uncomfortably, this movie will surely send more shivers down your spine!

The Highland Tower tragedy in 1993 will forever remain a black mark in Malaysia’s history. And yes, there’s a movie based on it if you don’t already know.

Highland Tower centres on a television crew producing a paranormal documentary who naturally picks the tragedy site in Hulu Klang for their filming. What could go wrong? Be sure to check this out if you’re a fan of found-footage horror.

The real-life story of Mona Fendy never fails to fascinate and unsettle those who heard about it. It is a tale of witchcraft, a creepy-looking lady with an evil smile, and 18 chopped-up body parts.

And it is the premise for Dukun, a horror-thriller filmed in 2006 but was subsequently banned for 12 years. It was finally made available for viewing in 2018 and we’ll say that if anything, the ban added even more intrigue to the flick that every Malay horror movie fan must watch.

A police inspector was haunted by unexplained events shortly after discovering a pair of twins locked up in an abandoned house. Soon, everyone involved with the case of the twin begins dying one by one, and it is up to the inspector to get to the bottom of the mystery before he too ends up dead.

The 2019 horror flick may not break any grounds or is based on any real-life events, but it did garner positive reviews, with some even calling it one of the best made-in-Malaysia Malay horror movies.

There’s something inherently creepy about abandoned theme parks, no? The eerie silence and smiling faces plastered all over the place (and not to mention the abundance of mosquitos!) combine to make them places you don’t want to step foot on.

A group of people goes in to investigate one such deserted theme park in Miimaland. Whether they come out of it alive or not, you’ll have to watch it yourself to find out. Oh, and yes, Mimaland is an actual theme park situated in Gombak, Selangor that was abandoned in the early 90s following a landslide. There’s your extra creep factor!

Where to watch: Astro First

Misteri Dilaila created much hype when it releases in 2019 due to it having two alternate endings, which compelled curious audiences to watch it twice at different cinema locations in order to get the whole story package. Intriguing plot device or a clever marketing ploy to maximise box office profit?

If you are a sucker for psychological horror and mystery, give Misteri Dilaila a go. It tells the story of a couple on a vacation where the wife goes missing on the first night before reappearing later. However, the husband soon suspects that she might be an impostor… or is he just delusional?

The Karak highway has the distinction of being one of the most haunted highways in Malaysia, and you bet there is a movie set on the infamous road!

Karak is about four college friends who encountered supernatural beings while plying the highway back to their campus in Kuantan. It may be nothing more than a standard Malay horror movie fare, but for those who use the Karak highway often, you will surely get a kick out of watching this!

This list will not be complete without slotting in zombies, which seem to be a perennial favourite among Malay horror movie producers. No, we haven’t reached the scare level that the likes of Train To Busan and 28 Days Later deliver, but zombie flicks always deliver brainless fun.

Malay zombie movies tend to veer into the horror comedy territory, and KL Zombi is no different. Ever imagined what a zombie-infested Malaysia will be like? This movie will give you an idea of that. Expect a fun zombie romp with a healthy dose of laughs mixed into it for an enjoyable ride. Not everything has to be dead serious.

A departure from Malay horror movie staples that involve Pontianak, zombies, and whatnot, Dendam Orang Mati is based on the Chinese community’s disdain for the number four, which sounds similar to death.

With it, the movie presents a fresh take on local horror tropes that we rarely see. Aside from that, Dendam Orang Mati has also notched up wins and nominations in the local film industry awards for its cast acting.

13.   Penanggal: The Curse Of The Malayan Vampire

There are several good reasons to watch Penanggal. It brings together a high number of calibre local actors, while the film was picked to be screened at prestigious film festivals that include Cannes. If that’s not enough, the Malay horror movie is also known to be visually appealing.

Penanggal deals with black magic, but it is not just straight-up horror as it throws a love triangle, family values, and societal issues into the mix. If you appreciate a meaty story behind the usual scares, chuck this one into your watchlist.

Had enough supernatural beings and long-haired ladies in white who seem to be making a special appearance in every Malay horror movie ever? Why not face your fear of the slithery kind?

If the likes of Anaconda and Snakes On A Plane are your guilty pleasures, you might want to check out Ular. A group of vacationers found themselves trapped on a snake-infested island—yep, that’s all you need to know about the synopsis.

Malay horror movies, in general, have been getting a lot of flak for their subpar quality. They may not be the best even when compared to those in the same region, but no doubt there are some occasional gems that are worth checking out. At the end of the day, they dish out good entertainment to pass the time, whether it’s real scares or unintentional laughs!

Related: No Sleep: 15 Scariest Asian Movies On Netflix To Freak You Out