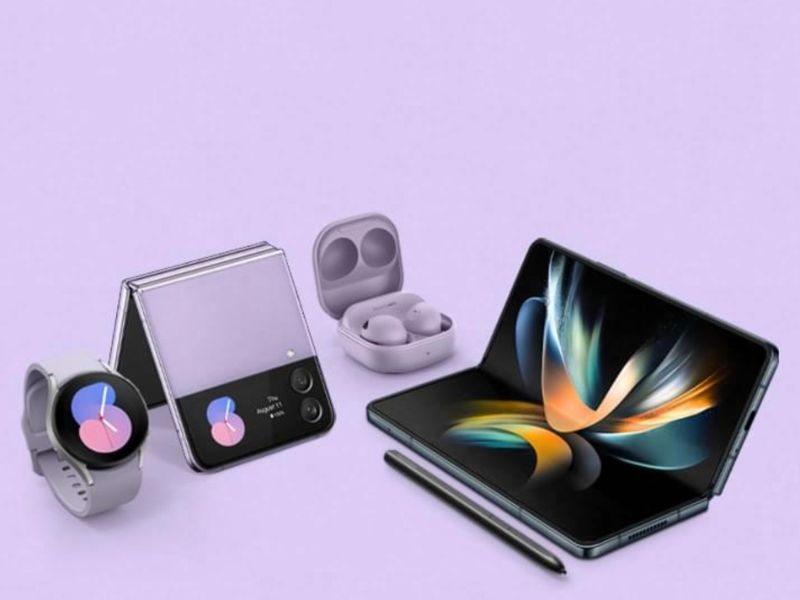 Every Samsung fan looks forward to the company’s Unpacked events that are held twice a year. The first Unpacked launch in February 2022 saw the announcement of three Galaxy S22 series smartphones and two Galaxy Tab S8 tablets. But of course, those are not the only products Samsung has in store for us this year. During their second Unpacked event on 10th August, the Korean electronics giant showcased its next-generation foldable phones and wearable devices. If you weren’t able to catch the proceedings live earlier, we have prepared a quick recap of all the important announcements. Here’s what went down in the Samsung Unpacked August 2022 keynote.

Samsung pretty much stuck to the script as far as expectations go. The Galaxy Z Fold and Galaxy Z Flip foldable lines got new additions to the family, while the Galaxy Watch and Galaxy Buds also received new additions. There is plenty to chew on from the Samsung Unpacked August 2022 event, so read on!

Samsung has nailed down the Galaxy Z Fold design after three iterations, so it isn’t surprising to see the brand new Galaxy Z Fold 4 keeping the same design formula for the most part. However, the company has made several improvements to its overall construction that further enhance the durability and hands-on feel.

Two of the biggest upgrades come to the hinge and display. It has a slimmer and newly-designed hinge, which shaves off some of the weight on the new phone compared to its predecessors. The weight reduction goes further with a reimagined display design that uses Fiber-reinforced plastic.

On top of that, the Galaxy Z Fold 4 also features a better under-display camera with improved image processing.

The Samsung Galaxy Z Flip line really came into its own with its third iteration. Critics and users alike love its two-tone look and polished experience. For its successor, it is very much a case of “if it ain’t broke, don’t fix it.”

Like the Galaxy Z Fold 4, the new Galaxy Z Flip 4 also features a smaller hinge. In this case, the slimmer hinge frees up more space for a bigger battery. Samsung also hyped up its improved camera with brighter sensors and increased pixel size for better low-light photography.

There has been much talk about Samsung ditching the physical rotating bezel from its smartwatch line, and yes, the rumours are true indeed. The fan-favourite feature was nowhere to be found on the new Galaxy Watch 5 and Galaxy Watch 5 Pro, the latter of which replaces the Galaxy Watch 4 Classic.

You still get all the advanced BioActive sensors introduced in the previous models, but a new body temperature sensor is only available on the Galaxy Watch 5 Pro. The more premium (and pricier) model also has a highly-durable body with a titanium case as well as more mapping features for outdoor activities.

Samsung’s latest pair of true wireless earbuds is all about upgrades to the listening experience. Features like Hi-Fi 24-bit audio, intelligent 360 audio, and expanded active noise cancellation make the Galaxy Buds 2 Pro the most advanced TWS yet in the lineup.

But wait, there’s more! The Galaxy Buds 2 Pro has been redesigned with a new size and fit for more comfortable wearing. Besides that, an auto switch feature will seamlessly switch the audio input to the active device if the earbuds are connected to several Samsung devices (including Samsung TVs).

Coming later this year, LE Audio feature will be a first for the Galaxy Buds lineup that lets users record realistic 360 sound.

Below are the official pricing and release date in Malaysia for every device unveiled on stage during the Samsung Unpacked August 2022 presentation.

You can pre-order all the devices on the official Samsung e-store on Shopee Malaysia now and get awesome freebies such as Samsung online store vouchers, phone covers, watch leather bands, and Samsung Care+ extended warranty with screen protective film replacements!