April 10 is National Siblings Day. The unofficial holiday celebrates and honours the bond between brothers and/or sisters. Siblinghood is imperative because it’s an integral part of a functional and happy family unit. But it’s not without complications and heartbreaks. If you’re a middle child, you know it to be the middle child syndrome.

Sure, it’s not a clinically proven syndrome (yet) due to ongoing research, but the “symptoms” can be very real. I’m a middle child and I can attest to that. In conjunction with National Siblings Day, here’s what I’ve learned growing up.

But First, What Is The Basis Of The Middle Child Syndrome?

Middle child syndrome is the belief that middle children are neglected due to their placement in the family. As inbetweeners are sandwiched between their older and younger siblings, they often find themselves at odds with their identity.

Typically, parents divide their attention between the first and last born. In retaliation, middle children may resort to mischief or other means of expression to bridge the gap between them and their siblings.

Middle Child Syndrome Has Taught Me Many Lessons, Such As

Unlike my siblings, I had to learn cycling myself. Every evening at 5pm, I’d observe the older boys cruising around the neighbourhood. I wanted to be them, so I started applying the steps and movements from memory on a hand-me-down bike. After weeks of scraping my knees and elbows, I was finally part of the cool kids’ entourage.

This experience stood out not because I craved swagger (maybe a little) but because it gave me the first glimpse into the concept of independence. Despite not having someone to coach me in cycling, I learned the ropes on my own. Safe for leaving a permanent scar on my left kneecap, I was really proud of myself.

I was in the driver’s seat of my life, even if it was something as simple as picking up a hobby. Looking back, I can’t say if I’d be feeling the same way if I had any help.

More than that, it honed my critical thinking and decision-making skills from an early age, holding me accountable for my actions. If I messed up, it was on me.

Being Comfortable In My Own Skin

Normally, the eldest child is an overachiever, the confident and dominant force. The youngest child? Their reputation precedes them. As the baby of the family, they’re practically untouchable. Where does this leave the middle child? Nowhere. Well, technically in the centre—without attention.

To cope with this identity crisis, many middle children turn to their passions and interests to establish themselves. It could be music, arts, fashion, or sports. For me, it was basketball and music where I met like-minded people.

Oddly, the lack of attention is a blessing in disguise. While your siblings are under scrutiny, you have free rein to chart your own path. You are your own hero.

Negotiation Is A Necessity

By virtue of their positions, middle children are used to not getting their own way. From managing parents’ expectations to diffusing tension between siblings, they’re often caught literally in the middle of a family drama.

Without clout and favour to leverage, they count on reason and wit to get out of situations. They’re willing to compromise for the benefit of everyone, even if it means occasionally getting the shorter end of the stick.

Although middle child syndrome describes the feelings of isolation that afflict many middle children, we learn to turn the negatives into positives, most of the time in our favour. In family negotiations, we don the hat of an “outsider”, allowing us to see things through a different lens.

We don’t take opinions at face value. Instead, we evaluate them and give feedback with thorough reasoning. Our opinions might not be the loudest, but definitely the most persuasive.

Compromise For A Peace Of Mind

I remember the time when my elder brother and I were arguing over whose turn it was to use the computer. He was exerting his authority on me, forcing me to give up. Initially, I was adamant to stand my ground. Then, I realised it just wasn’t worth the effort because I wanted to enjoy my screen time in peace.

Plus, he was leaving for college in a few weeks’ time. I would have the desktop all to myself then. Why not wait?

Being a middle child has taught me the importance of compromise. If we could let our siblings have their way in exchange for our sanity, we’d gladly do it.

Thus, we often go with the flow better than first- or last-born children, often unfazed by our surroundings. As adults, we take things in our stride. If something isn’t meant to be, trust that we won’t force it. In retrospect, the years of growing up under the guise of the middle child syndrome have given us thick skins. We’re not apathetic, we just don’t take things personally.

Labels Are Not Real

I’ve lost count of how many times someone has asked me about middle child syndrome and its impact on my life.

While I’m open to detail my experiences, it can get a little infuriating due to perceived labels and assumptions. My birth order may impact some areas of my personality, but it certainly doesn’t determine my future.

Did you know that 52% of US presidents—such as Abraham Lincoln, John F. Kennedy, and Richard Nixon—are middle children? What do Michael Jordan, Michael Jackson, Warren Buffet, and Walt Disney have in common? They’re middle children.

All things considered, it’s the struggle of being a middle child that has moulded us into strong, idealistic individuals. The labels may stick with us for a lifetime, but we know we have more to offer.

Middle Child Syndrome Aspires Us To Be Better

There’s no denying the reality of being a middle child. We grow up vying for attention and validity, and it can take a beating on our self-confidence.

But what I’ve learned through my formative years is that middle child syndrome is a catalyst for growth. It exposes our weaknesses but also uncovers our strengths.

Of course, we may have baggage from the past that creeps into our lives from time to time and that’s perfectly normal. So, if you’re a middle child and reading this, remember to be kind and stay true to yourself! And happy National Siblings Day!

That said, perhaps it’s time for you to let go of certain things so you can move on with your life. It’s tough but doable. Here’s how. 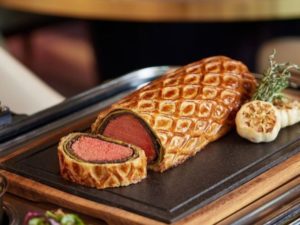 Where Can You Get Beef Wellington In Malaysia? 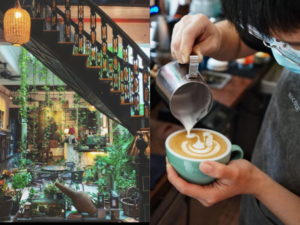 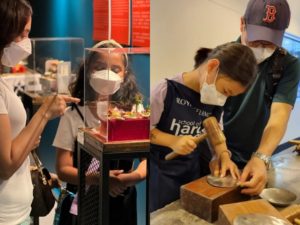