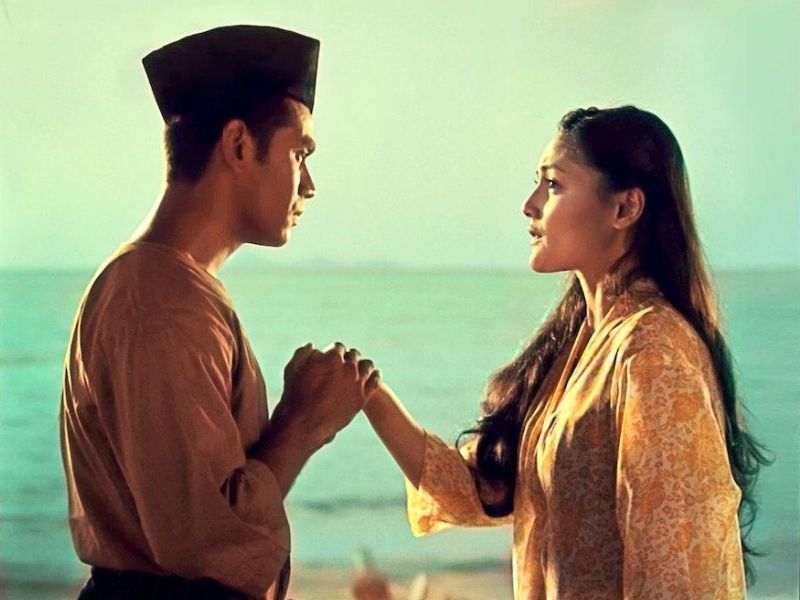 While we are all from different races and religions, Malaysia is the one constant that is close to our hearts. With lockdowns in place, why not spend this year’s National Day watching homegrown movies instead? The following list is a mix of different genres, with quirky and unique Malaysian elements in it. Here are our top picks of the best Malaysian movies to watch on 31st August (or throughout the year, really).

Best Malaysian Movies That Will Tug At Your Heartstrings

Sepet is one of the best Malaysian movies that, to this day, stays on the mind of Malaysians who were teens and adults in the early 2000s. Providing a refreshing take on the plot point of interracial relationships, Sepet is the masterpiece that launched Malaysian icon Yasmin Ahmad to fame. Exploring themes that are only spoken about behind closed doors in Malaysia, this movie will leave you thinking about how multiculturalism truly affects our lives. If you love this movie, you can also watch the sequels, Gubra and Mukhsin.

Pulang is one of the cinematographic marvels of recent years. The movie was inspired by a true story and highlights the themes of love, family, sacrifice, and difficult choices. With scenes that go back and forth between different points in the timeline, Pulang will keep you hooked trying to piece together the events that transpired. This is one of the best Malaysian movies that will bring tears to your eyes!

Action-packed but raw in emotions, Crossroads: One Two Jaga tells a story of corruption and immigrants, and why things are not quite as straightforward as most Malaysians believe. There is some violence in this movie, so it’s better off watched with adults. Prepare some snacks for this two-hour-long flick.

Directed by award-winning director Tan Chui Mui, Barbarian Invasion is a heartfelt tale in which a former martial arts teacher has to face the challenges of raising her child and rebuilding her career after a messy divorce. Featuring a star-studded cast including singer-songwriter Pete Teo, Barbarian Invasion bagged an award at the Golden Goblet Awards recently. Make sure you have tissues on standby for this one!

Intercultural marriages can be hard, and it’s even harder when the pair are from two different ends of the world. In The Journey, a conservative Chinese Malaysian father begrudgingly agrees to allow a Caucasian man from England to marry his daughter. On one condition — that the future son-in-law follows him around the country to hand out wedding invitations. This bonding adventure starts off rocky, but can they eventually learn to reconcile their differences? Truly a great Malaysian flick with themes of empathy, familial bonds, friendship, and togetherness!

You truly missed out if you didn’t watch this movie when it was released! This emotional but adrenaline-pumping movie left moviegoers in tears as they left the cinema, but for all the right reasons. A beautiful representation of Malaysia’s multicultural melting pot and how it manifests itself in a popular sport such as football, Ola Bola will leave you feeling both uplifted and perhaps believing in Malaysia’s potential again.

This is one of the best Malaysian movies that will help you understand the challenges faced by our nation’s teachers! Adiwiraku, which translates to “My Superhero” chronicles the journey of a choral speaking group from an underprivileged school toward the district-level competition. Along the way, the story zooms in on their personal lives and the difficulties they face due to their backgrounds. Based on a true story, Adiwiraku is a must-watch especially for urban dwellers who want to understand the circumstances of those living outside the city.

Living life as an autistic individual is often one that is riddled with hurdles and challenges. Guang portrays this experience through the eyes of Wen Guang, an autistic young man with hidden musical talents. Having won many global accolades, Guang is a rollercoaster of emotions. But by the end of it all, you’ll walk away feeling hopeful about yourself and the world we live in.

Love fantasy and epic adventure movies? One of the best Malaysian movies with among the biggest budgets at the time, Puteri Gunung Ledang starring Tiara Jacquelina and M. Nasir is one you should not miss. Based on the famous folk tale, but with a few minor changes, this movie will have you drifting away into history. The gorgeous visuals alone make it worth watching this movie. However, you’ll enjoy the soundtrack and storyline as well if you’re a fan of period films.

Dukun is a horror-thriller that started filming in 2006 but was only released in 2018, rumoured to be due to the “controversial” nature of the film. Loosely based on the high-profile trials of Mona Fandey in the early ’90s, Dukun maintains an aura of mystery and suspense throughout which is unsettling. Some scenes are also downright uncomfortable, so be sure to have a blanket ready to hide under when you squirm.

Another very high-budget film, PASKAL: The Movie is arguably one of the best Malaysian action movies you can watch. With high-octane action scenes interspersed with moments of tenderness and reflection, the pacing of this movie is just right. That’s even for those who may not be the biggest fans of the action genre. Fun fact: The action-packed story is inspired by true experiences of our real-life PASKAL team during a 1998 Angola mission.

An action-packed debut film, Geran stories a cautionary tale of a young man who falls in the wrong crowd. The stakes become higher as he spirals into a whirlwind of violence and addiction. When push comes to shove, the young man’s siblings are forced to fight and save him with silat and martial arts.

If you thought our nation didn’t have quality films, we hope this list has managed to change your mind. That said, there are definitely some great movies out there that we may have missed, so let us know what your favourite Malaysian films are in the comments!

To enjoy the best quality while movie-watching at home, invest in a good home theatre system. If not, at the very least, get a good pair of speakers and a projector to emulate the cinema ambience. Of course, some popcorn and other munchies are always good to have on hand too, for the best Malaysian movie marathon experience. Selamat Hari Merdeka, and here’s to celebrating the greatest parts of being Malaysian!

Hamsa has a love affair with learning new things and is an advocate for empathy and kindness. She also passionately loves movies, coffee, tea, and baked goods.

See all posts by Hamsaveni V.