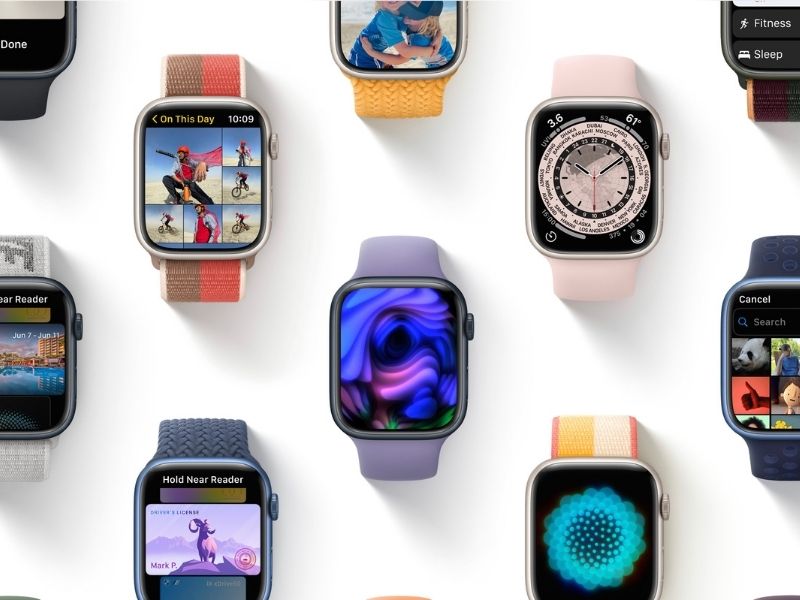 The Apple Watch continues to be the most popular smartwatch in the market. Every year, people anticipate and look forward to the announcement of a new iteration alongside new iPhone and iPad models. This year, we get the Apple Watch Series 7, which once again changes the lineup in the Apple wearable family. Consumers will have decisions to ponder and make if they’re getting a new Apple Watch this year. Should you go for the latest and shiniest model? Or should you spend on the older ones for some savings? Hopefully, this guide will help you find the best Apple Watch!

The introduction of the Apple Watch Series 7 brings the Apple wearable family to three models that the Cupertino company officially sells at this moment. It replaces the Series 6, which was introduced alongside the more budget-friendly Apple Watch SE in 2020. And despite having been released way back in 2017, the Series 3 continues to have a place in the lineup.

Here’s how each Apple Watch model compares in terms of specs.

Which Apple Watch Is Best For You?

Months before this year’s edition of the annual Apple September keynote, the rumour mills have been going into overdrive depicting a completely redesigned Apple Watch featuring flatter edges in tune with the latest iPhone and iPad design language. Yes, Series 7 does come with a changeup in form, but no, it isn’t as radical as all the speculations would lead us to believe.

The Series 7’s display got bigger—the biggest, in fact, of any Apple Watch ever released—but the overall rounded-edge shape is still a very familiar one since the Series 4 days. The 20% larger display with 40% smaller bezels (over the Series 6) makes viewing content and tapping on tiny little buttons a tad easier. And it comes with a couple of new watch faces, too.

It is also the most durable Apple Watch yet, with Apple touting it as being crack-resistant alongside IP6X dust resistance and WR50 water resistance. Apart from that, the Series 7 sports 33% faster charging and a new green-tinted watch case. And that pretty much sums up everything new in this edition.

The Apple Watch Series 7 is best for you if you:

Apple released the Watch SE as an alternative option to the Series 6 for those with lighter pockets. So, what’s missing in this model and will it cripple the user experience too much?

Not quite. The Watch SE is still a very capable smartwatch that offers a satisfying Apple Watch experience (for the most part) for most consumers. It does not feature blood oxygen level tracking, nor does it have an always-on display that is available on the Series 5 and all later models.

Still, most of what people love about the Apple Watch can be found on the Watch SE. The three-rings activity tracker alongside plenty of workout modes; the many different watch faces and their accompanying complications; the body-and-mind wellbeing features—it is all still there.

The Apple Watch SE is best for you if you:

While the Series 4 and Series 5 have gotten culled from the lineup with each successive new release, Apple has kept the Series 3 alive for at least another year till 2022. However, it is considerably outdated when compared to the subsequent models.

Besides still sporting the more-squarish design of the OG Apple Watch, the Series 3 lacks some of the newer features. For example, it’s missing support for taking ECG (electrocardiogram) readings, noise-level measuring, and Walkie-Talkie. Speed and performance might also take a hit due to its ageing hardware. On the bright side, it is still compatible with the latest WatchOS 8.

Hence, who is the Series 3 really for?

The Apple Watch Series 3 is best for you if you:

Despite being dropped from the official lineup, the Apple Watch Series 6 is still widely available in the market via third-party resellers. The Series 7 may be the best Apple Watch released yet, but for those who don’t crave the latest and greatest, the Series 6 is still a very good buy with few compromises.

The Series 6 is a comparatively smaller upgrade over its predecessor, the Series 5. The headline feature is blood oxygen level monitoring, the latest addition to the burgeoning health-focused features on Apple’s wearable device.

In terms of shape and size, the Series 6 maintains parity with the previous design overhaul that first debuted in the Series 4. It wasn’t the most exciting of Apple’s yearly watch upgrades, but it did bring a more colourful touch to the lineup with the introduction of blue and (Product)RED options.

The Apple Watch Series 6 is best for you if you:

How Much Do These Apple Watch Models Cost In Malaysia?

The Apple Watch in varying models are available to purchase from Apple authorised resellers on Shopee Malaysia.

Related: Apple iPhone 13 Series Buying Guide: Which Model Is For You?