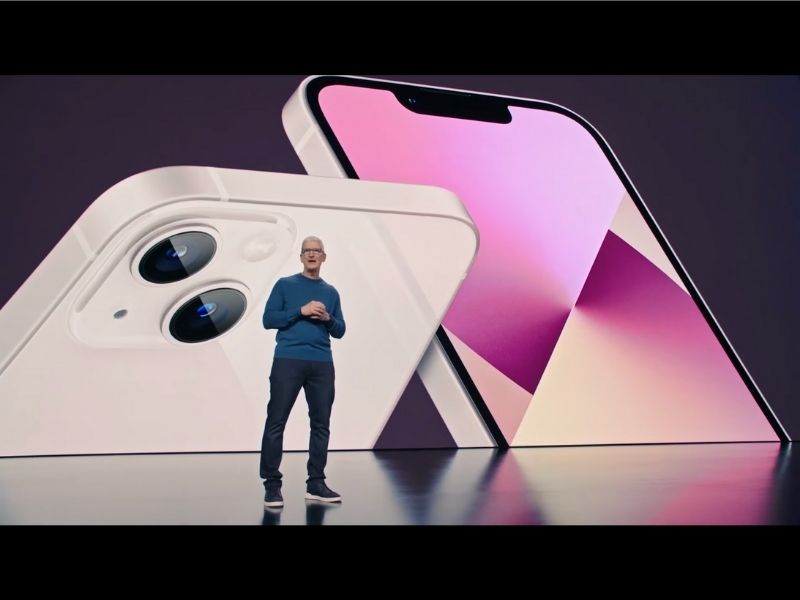 For Apple fans worldwide, September is the most anticipated month. For the tech world at large, there is no bigger launch event than Apple’s in September. It is the iPhone show, and this year, Apple has duly announced its next-generation smartphones that succeed the iPhone 12 series. Not only that, but we were also served a new Apple Watch and new iPads! We have the lowdown of every new hardware that Apple just launched during their September event, so if you missed the live keynote (because you have work today and sleep is important, duh), we’ve got you covered!

All The New Hardware Announced During The Apple September Launch Event

The iPhone 12 series was a big leap over its predecessor with all-new form factors and exciting new features. Apple kept everything good about last year’s phones and added in a few improvements in the iPhone 13 and iPhone 13 mini.

The display gets the headline upgrade here with an even brighter screen and a smaller notch. There’s the new A15 Bionic chipset powering both devices, and while there are still only two rear cameras, Apple says it is their most advanced dual-camera system ever.

Battery life receives a significant boost with up to 2.5 hours longer usage time. Oh, and the base model now starts at 128GB storage capacity instead of 64GB. Also, new colours! Welcome Pink, Midnight, and Starlight.

The iPhone 13 and iPhone 13 mini will be available for pre-order in Malaysia starting October 1st, before releasing on October 8th. Here are the local prices for all models:

Apple users have been clamouring for ProMotion to come to the iPhone ever since it made its debut on the 2017 2nd-gen iPad Pro. In non-Apple speak, it is the company’s adaptive 120Hz display technology.

They’ve gotten their wish at last as the iPhone 13 Pro and iPhone 13 Pro Max are the first iPhones with a high refresh rate display. It makes scrolling, navigating, and playing games on the device so much smoother than before.

The Pro models are all about their Pro cameras. This year, Apple has added in macro photography, 3x optical zoom on telephoto, and 6x optical zoom range across the system to the mix. For video recording, Apple debuts a new Cinematic Mode that gives videos a movie-like effect with automatic shifting focus between foreground and background subjects. Cinematic Mode is also available on the iPhone 13 and iPhone 13 mini.

Similar to the non-pro models, the iPhone 13 Pro and iPhone 13 Pro Max have a smaller notch and a longer battery life with up to 2.5 hours more usage time. Apple has also added a 1TB storage option—the biggest yet on any iPhone—to the Pro models.

Pacific Blue, which is the highlight colour of last year’s Pro models, makes way for the lighter tone Sierra Blue.

Apple Watch Series 7 Is All About That Bigger Display

At 41mm and 45mm sizes, with 20% more screen area and 40% thinner borders, the new Apple Watch Series 7 has the largest and most immersive display of any Apple smartwatches yet. The larger screen will be able to accommodate two additional larger font sizes, larger menu titles and buttons, as well as a new QWERTY keyboard for easier input.

It is also the most durable Apple Watch yet, featuring a redesigned front crystal that is over 50% thicker than that of the Series 6, IP6X dust-resistant, and a water resistance rating of WR50.

The Apple Watch Series 7 will be available later this year with official local pricing to be announced soon.

After bringing the newer iPad Pro’s flatter design to the 4th gen iPad Air, Apple has given a similar treatment to the all-new iPad mini. The last iPad mini update was in 2019.

It features an 8.3-inch Liquid Retina display, A15 Bionic chipset, USB-C port, 5G support, and new advanced cameras with Center Stage experience—a feature that automatically pans the camera around to follow the subject, which makes for more engaging video calls.

The new iPad mini will come to Malaysia later this year, with prices as below:

The Apple September event also saw the launch of the 9th-gen iPad. Touted as the most popular iPad (and the most affordable yet), the 10.2-inch tablet is given a couple of new upgrades to make it even more capable than before.

We’re looking at an improved display with True Tone technology, A13 Bionic chip, and a 12MP ultra-wide front camera with support for Center Stage. Moreover, the new entry-level iPad now offers double the base storage at 64GB up to 256GB.

People in Malaysia will have to wait longer to get their hands on this iPad as the official release date is yet to be announced. Meanwhile, here are the pricing details:

While the just-concluded Apple September event saw the launch of many fan-favourite products, it is still missing a few highly-anticipated and heavily-rumoured hardware. The shadows of the new AirPods and MacBooks loom large. Perhaps Apple has another post-September launch event scheduled for next month with more announcements on the horizon? Wake us up when September ends.

Missed the last announcements in March 2021? Read all about it here.