Android tablets are still very much alive and kicking, despite having to live under the large iPad shadow for years. The ship is still floating thanks to companies like Samsung and Huawei, who continuously produce premium and budget tablets for the consumer market. If you are in the market for a flagship, non-Apple tablet, the two best options you should be looking at right now are the Samsung Galaxy Tab S7 Plus and Huawei MatePad Pro 12.6. We size them up against each other, and hopefully, you will find it helpful in making an informed purchase decision.

A Brief On The Samsung Galaxy Tab S7 Plus

The Samsung Galaxy Tab S7 Plus is almost a year old now, having debuted in August 2020. It was launched alongside the Galaxy Tab S7 that carries a smaller form factor and lesser specs.

Like Samsung’s previous flagship tablets, the Galaxy Tab S7 Plus comes included with the S Pen. But unlike all its predecessors, it features a new back design with a magnetic strip that holds the stylus in place.

Until Samsung announces the next iteration, this is the company’s best and most powerful tablet yet.

A Brief On The Huawei MatePad Pro 12.6

The MatePad Pro 12.6, which hit store shelves in June 2021, is relatively new. It is Huawei’s biggest-sized tablet yet with a 12.6-inch screen.

Like the Samsung tablet, a stylus is bundled in with every purchase. The 2nd-gen Huawei M-Pencil snaps magnetically to the side of the tablet (or top when in landscape mode). It also charges wirelessly this way.

It is important to note that the MatePad Pro 12.6 still does not come with Google services and apps support.

Why You Should Go For The Samsung Galaxy Tab S7 Plus

Samsung makes some of the finest displays in the industry—that’s no secret. The screen on the Samsung Galaxy Tab S7 Plus counts as one of its best creations to date. The high 120Hz refresh rate means everything you see and do on-screen will be blessed with buttery smooth transitions and animations. On top of that, HDR10+ support means you can enjoy watching videos of the highest visual quality.

Meanwhile, the eye candy aspect is further boosted with a treat to the ears. The Galaxy Tab S7 Plus is a powerhouse entertainment-consumption device with a quad-speaker system tuned by AKG with Dolby Atmos support.

You Can Play Actual Console Games On it

While we’re still on the topic of entertainment, the Galaxy Tab S7 Plus has a leg up over all its competitors when it comes to gaming. We’re talking more than just the casual mobile games. With Xbox Game Pass support, you have access to hundreds of AAA console-level games that are playable from the cloud without the need for downloading!

On the productivity side of things, you are probably no stranger to what the S Pen is capable of. The excellent stylus experience many of us have come to love on the Galaxy Note phones is here in all its glory on this tablet.

Why You Should Go For The Huawei MatePad Pro 12.6

While it may not boast the kind of visual pizzazz offered by the Galaxy Tab S7 Plus, the Huawei tablet has a slightly larger canvas to view content and to work with. Although not by a large margin, it could make a meaningful difference for some users who appreciate having as much screen real estate as they can get.

The MatePad Pro 12.6 is no slouch in the entertainment department either. It is equipped with a grand total of eight speakers that should provide plenty of eargasms!

A Great Complementary Productivity Tool For The Computer

Moreover, it works great as a productivity tablet if your workflow extends beyond working on just one device. Features like Mirror Mode can mirror the content from the tablet on a laptop display and lets you turn the tablet into a sketching pad with real-time sync. Meanwhile, Extend Mode allows you to use the tablet as a second display, so you can have a dual-display set-up for better productivity.

One significant advantage that the Huawei tablet has over Samsung’s is its more flexible charging solution. More than just having a fast charging tech, the MatePad Pro 12.6 is one of the few tablets that supports wireless charging as well as reverse wireless charging. The latter feature comes in super handy when you need an emergency powerbank for your phone or wireless earbuds that can be charged wirelessly.

Also, if price matters to you, the MatePad Pro 12.6 is a lesser burden to the wallet.

The Samsung Galaxy Tab S7 Plus officially retails at RM4,599, whereas the Huawei MatePad Pro 12.6 goes for RM3,999. Both tablets are available for purchase on Shopee Malaysia with plenty of freebies thrown in that are worth hundreds of Ringgit!

Which gets your vote as the best Android tablet? Feel free to let us know in the comments. 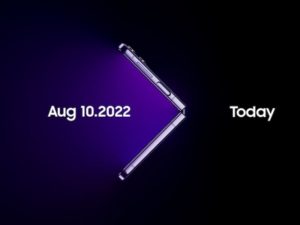 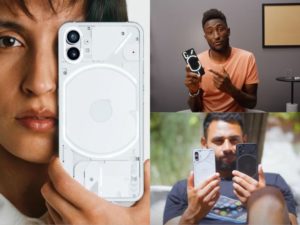 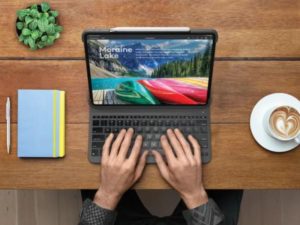