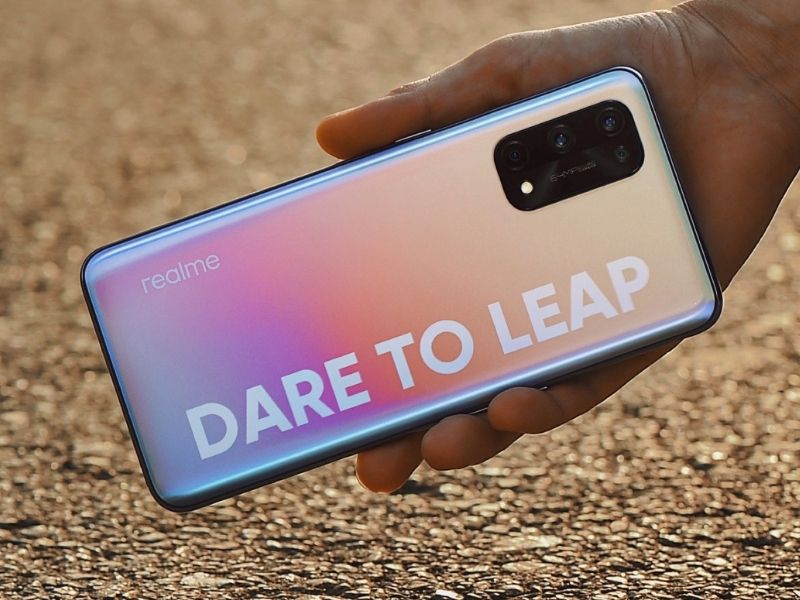 What makes a desirable flagship smartphone? Without a doubt, the best flagship smartphones are the ones that offer the most powerful hardware and the most advanced features that money can buy. Few can afford such devices that carry astronomical price tags, however. The next best thing is phones that pack in as many flagship features as possible while staying competitively priced. It’s a fine balancing act and one that realme has shown it is pretty good at doing. Their latest flagship phone to be released in Malaysia, the realme X7 Pro, is the latest example of that. Is this the best-valued flagship phone you can buy at the moment? Let’s go into the details.

A Display With The Latest Tech

Forget 2K or even 4K displays. The most desirable feature on a smartphone display right now (and the foreseeable future) is a high refresh rate. We were stuck with 60Hz displays for the longest time, and it was not until a year or two ago that smartphone displays that push higher refresh rates began to emerge.

A higher refresh rate will not only make everything appear smoother on-screen, but it improves the touch responsiveness too. Besides making navigation faster and silky-smooth, gaming stands to benefit from smoother gameplays that enhance the overall experience.

The realme X7 Pro features a 6.55-inch Super AMOLED display with a 120Hz refresh rate and 240Hz ultra-high sampling rate, which reduces touch lag. Phones with these features are still few and far between, and those that do tend to be pricey flagships. That alone makes the realme X7 Pro stand out in a sea of phones.

5G-Ready For The Future

5G is coming to Malaysia sooner than you think. While it may seem like a pipe dream that will only realise in a couple more years down the road, the prospect of seeing 5G making it to the mainstream public got a boost when the government announced that it intends to accelerate the deployment of the 5G network. We can expect to start enjoying 5G technology in phases by the end of this year.

The realme X7 Pro released in Malaysia is not only 5G-ready, but it is also pioneering the first batch of phones supporting 5G+5G dual SIM dual standby, which means users will be able to use two 5G networks concurrently in the future. With 5G, users can enjoy download speeds up to a whopping 2Gbps.

When it comes to imaging, the realme X7 Pro offers a total of five cameras. Leading the pack is a 64MP Sony IMX 686 primary camera. It is complemented by an 8MP ultrawide angle lens, a black and white portrait lens, and a 2MP macro lens. On the front, you can expect to get nice-looking selfies thanks to its 32MP camera.

On the software side of things, realme has included a slew of photography functions to help users capture photos in a variety of styles and compositions. These include Ultra 64MP Mode, Super Nightscape 4.0, Ultra Macro Mode, AI Beauty, and Bokeh Effect Control. For videos, users can record in slow-motion up to 120fps in 1080p resolution.

Smartphones with large batteries are all the rage right now, and the realme X7 Pro is packing a massive 4,500mAh one at that. It gives users 15 hours of continuous video playback time. Moreover, the phone’s super power-saving mode—when enabled—allows users to chat by texting for as long as 90 minutes, even when the battery goes down to 5%.

Like the realme X50 Pro which makes it into our list of the fastest charging smartphones, the realme X7 Pro boasts 65W SuperDart Charge. The fast charging technology can fill up the phone’s battery in as little as 35 minutes. Even more impressive, a mere three-minute charge gives users 55 minutes of heavy gaming time.

In Malaysia, the realme X7 Pro retails at RM1,999, and it comes with 8GB RAM and 256GB built-in storage. You can purchase it now at the realme Official Store on Shopee Malaysia in Skyline White and Iridescent colour options.

The top flagship phones might be out of your financial reach, but that doesn’t mean you can’t enjoy some of their best features. The realme X7 Pro offers the right features in the right places. Display and battery are among the most important features for everyday use. And with this smartphone, you will be getting the best of both worlds, on par with its far more expensive counterparts.

5G support is also crucial as we are inching closer to the new 5G era in Malaysia. The realme X7 Pro is not only a futureproof phone in that sense, but it also takes early advantage of the upcoming technology with 5G+5G dual SIM—a feature that is still rare at this point.

All of that packaged in a device that costs less than RM2,000 in Malaysia makes the realme X7 Pro one of the best value-for-money smartphones released so far this year!