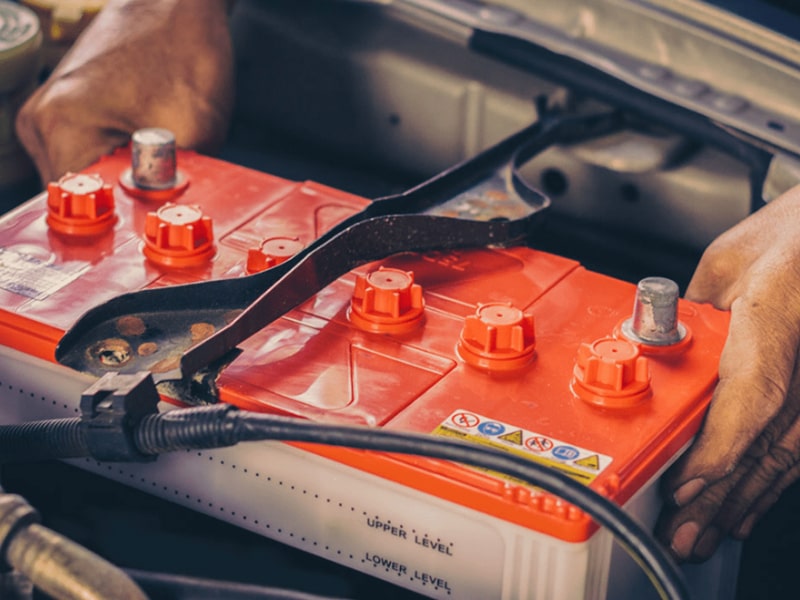 It’s a first-world, 21st-century problem. Your car just doesn’t seem to start, no matter how hard you turn the ignition. Your hunch is that the car battery has KO-ed, and you’re likely right. Car battery problems are common problems, but it doesn’t make them any less inconvenient. You risk running late to wherever you plan on going, and it only makes things worse if you’re stranded in a dodgy spot—like a dimly lit parking lot, causing thoughts of lurking serial killers to race through your mind. Not fun. To avoid encountering such predicaments, you need the best car battery in Malaysia.

What Are The Types Of Car Batteries In Malaysia?

Commonly, there are three:

Standard Flooded: The most common type of car battery, a standard flooded battery gives power to your ride using the SLI (Starting, Lighting, Ignition) principle. In essence, they not only start your car, they also provide power to your lights, radio, and other electronics.

Absorbent Glass Mat (AGM): AGM batteries are reliable, hardy, and foolproof. They have three more times the life cycle of conventional car batteries. No risk of leakage even if the case is broken. Suitable for vehicles that demand high energy consumption, the AGM is naturally also more expensive compared to the previous two types.

Buy The Best Car Batteries In Malaysia For Your Ride

Nothing lasts forever, including these batteries, but they won’t fail you anytime soon.

Boasting “Lasts Longer” as its tagline, Century batteries are meant to, well, last. There’s even a range dedicated to this USP, called Marathoner Max. A standout within the range is the NS40ZL. Using topicalized plates and anti-sulfation elements to prevent premature corrosion, the battery guarantees longevity and effective recharging.

Lined with welted silver alloy to withstand unpredictable weather temperatures, the maintenance-free Amaron GO 46B24L is one of the best car batteries for the Malaysian climate. It delivers high-cranking power, which is useful when temperatures dip during heavy rainfall. Besides, the brand uses a proprietary formula to extend battery life.

Motolite is a sister brand of Century, so you can bet the batteries are also of the highest quality. The 50B24R is a good example. Its maintenance-free body is formulated using Motolite technology, providing consistent cranking power even for vehicles of older age. And with a 12 months-long warranty in tow, you don’t have to worry about replacements for faulty units.

Boasting six decades worth of expertise, Century is widely acclaimed as the best car battery brand in Malaysia. Its expansive catalogue also includes future-forward selections, like the NS70/L, a hybrid battery that uses lead calcium alloy technology to offer high-octane power at an affordable price. Plus, the universal fit means it’s suitable for both Japanese and continental cars.

Manufactured in Japan, the GePro NS60S provides long-lasting battery life without comprising nifty features that further extend its usability. The 12V charge wakes up the engine in a jiffy while its lightweight body doesn’t add drag to your car.

Consisting of a high-performance paste plate, low-resistance separators, and a high-impact resistant polypropylene plastic tank, the MF NS60RS car battery in Malaysia is exceptionally robust and, dare we say, excels, even in unpredictable weather conditions. While durable, the constructors also create effective airflow, cooling down the battery during intense charging. Outside, the impact-resistant polypropylene plastic tank holds up through months of wear and tear.

Naturally, you want the best car battery in Malaysia for your ride, and it doesn’t have to cost an arm and a leg either. The MFX-60L is a reliable, budget-friendly option that’s meant to last. It’s “tough” for a reason, after all. The battery is maintenance-free, so you don’t have to worry about having to service it at extra costs. Besides, the strong static charge ensures your car starts, even if it has been left dormant for weeks.

No one likes to have their car die on them—certainly not when you’re pressed for time, but such is Murphy’s Law. That said, that’s not to say you can’t prevent it from happening, and that’s by ensuring you have the best car batteries in Malaysia like the ones listed right here! And if your car goes belly up, use one of these handy power banks (yes, for cars) to jolt it back to life.

If you drive often, your precious vehicle is akin to a second home. Spruce it up with a phone holder for free-hand navigation or these useful dashcams to keep you safe on the road. Don’t know the meanings behind the tiny symbols on the dashboard? This glossary is all you need.