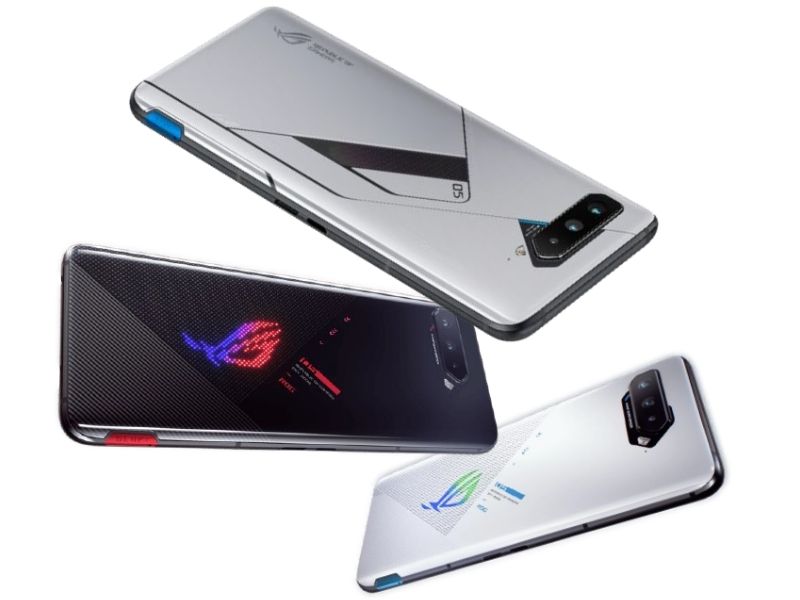 The Asus ROG Phone line-up has often been regarded as the king of gaming phones, and for good reason. They are specs monsters, offer great gaming-specific features, and have flashy aesthetics that speak to the gamer demographic. These factors have never been better with the Asus ROG Phone 5, the newly-announced flagship gaming phone that is also the successor to the ROG Phone 3.

Is this the ultimate gaming phone of 2021? Read on to learn all you need to know about Asus’ latest blockbuster!

In case you’re wondering, the number four sounds like the pronunciation for “death” and “die” in the Chinese language. Though Asus did not specifically mention it, we can safely assume that to be the reason for Asus to skip the ominous number altogether.

This move has a precedent. OnePlus also skipped the number four when naming the successor to the OnePlus 3, and jumped straight to the OnePlus 5. Now you know.

There Are A Total Of 3 Models

The highlight of every ROG Phone design is often at its back with its glowing logo and geometric lines. The ROG Phone 5 takes things up a notch by including a “matrix display” that can be customised to show a variety of cool and custom graphics and animations. ROG Vision (as the feature is called and only available on the Pro and Ultimate variants) can also be configured to light up whenever there’s an incoming call or when the phone is charging. Nifty.

You may also notice the bright red or blue (depending on the phone’s colour scheme) SIM tray. Inscribed on it are the letters “GLHF”, which gamers may know stands for “good luck, have fun”. Just a fun detail to point out, and it also demonstrates Asus’ attention to detail.

The Asus ROG Phone 5 Is Filled With Big, Impressive Numbers

Gaming phones—much like top flagship phones—are all about the big numbers. A high refresh rate, lots of RAM, and a huge battery are the name of the game. And the ROG Phone 5 delivers them in spades.

We are looking at a 144Hz display with a 300Hz touch-sampling rate, up to a whopping 18GB of RAM, Qualcomm Snapdragon 888 5G, and a 6,000mAh battery with 65W fast charging. It is also worth noting that Asus has brought back the 3.5mm audio headphone jack, after excluding it from the ROG Phone 3.

Despite there being three different models, the specs across the board are more similar than you might think, with the amount of RAM and storage capacity being the biggest differentiators. See the table below for the specs comparison among all three models.

Gaming features like the AirTrigger shoulder sensor buttons, a dedicated cooling system, and compatibility with a whole range of first-party gaming accessories are staples of a ROG Phone. And Asus has added even more to the mix this time around to deliver an even better gaming experience.

The ROG Phone 5 features new rear touch sensors on the back of the phone that give gamers L2/R2 trigger functions akin to gaming controllers. These are in addition to 10 different motion controls for more varied playing styles. Users can move and swivel the phone around to control the game.

Meanwhile, the all-new AeroActive Cooler 5 clip-on external cooling fan now has two extra physical buttons that give gamers even more control options. Besides, it delivers increased airflow to lower the surface temperature near the CPU up to 15 degree Celsius.

Below are the local pricing for all three models:

You can now pre-order the standard ROG Phone 5 online through the Asus Mobile Official Store on Shopee Malaysia and get a free Asus ROG Kunai 3 Gamepad worth RM499 (limited quantities and while stocks last). The phone is expected to arrive on our shores in April 2021.

However, those of you eyeing the higher-specced Pro or Ultimate variants will have to wait until May 2021 to get your hands on them in the local market.

The Asus ROG Phone 5 series is an easy recommendation for serious mobile gamers looking for the best smartphone to game on. It has the complete package of looks, speed, performance, and endurance. The availability of different models in the line-up also serves gamers with varying budget levels.

It also goes to show that gaming phones are here to stay as companies are committed to releasing better iterations year after year. The ROG Phone 5 is currently the cream of the crop, but expect to see other competitors throwing their hats into the ring to try to dethrone the proverbial king in the months to come!