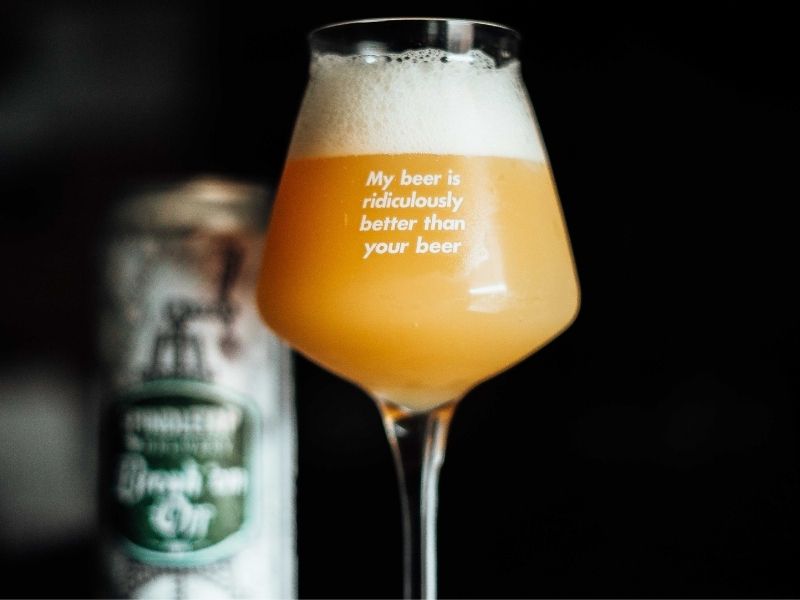 Although the mainstream names are hogging taps and fridges at pubs and bars, the craft beer scene in Malaysia is slowly gaining steam and tantalising drinkers with unorthodox flavour profiles. In Klang Valley, craft beer bars are mushrooming at different spots with the aim to introduce locals to a new brand of booze. However, as with most niche markets, the craft beer scene is packed with acronyms and jargons that can be daunting and confusing to beginners.

Not to worry, though! Join us as we delve into the different styles of craft beer, and you’ll soon be ordering IPAs, APAs, NEIPAs, and more like a pro.

What Qualifies As Craft Beer?

Broadly speaking, craft beer is brewed by small-to-medium independent breweries with a focus on experimenting with flavours and ingredients. As such, craft brewers don’t just brew one single style of beer and are always exploring a variety of styles, as permitted by the independence from any corporate stakeholders. To sum it up, innovation is the engine that keeps the craft brewing industry going—and it’s also what people come to expect from them.

Explaining The Different Styles Of Craft Beer In Malaysia

For most people, this is the style that draws them to the allure of craft beer in Malaysia. It’s also the most accessible as you can easily find them at local bars as well as supermarkets. Today’s IPAs consist of so many different finishes, flavours, and appearances, which makes it difficult to categorise this blanket term. But broadly speaking, an IPA is a very hoppy beer with relatively high bitterness and light golden hue. Hops are one of the integral ingredients of beer brewing, and they’re the ones that add flavour and bitterness to your beer. The main differences between the styles of IPAs lie in the strength of the hop aroma, bitter flavour, and the type of hops used, which we will explore more below.

Also known as Imperial Indian Pale Ale (IIPA) in the Malaysian craft beer scene and abroad, the DIPA is a jacked-up version of an IPA—meaning more hops with an equal amount of malts that result in a flavour-rich mouthfeel. Its alcohol by volume (ABV) is higher as well, often falling in between the 7% and 9% range. Thus, this is not an easy drink by any means, especially if you have low alcohol tolerance. But the amplified aromas and in-your-face flavours make the DIPA a worthy Friday nightcap before bed.

NEIPAs lean towards a juicy, tropical hop experience without overpowering bitterness. An IPA subcategory, the NEIPA pours like a can of orange juice, resulting in a hazy and almost opaque body. Dry-hopping, the use of high-protein grains (flour and wheat) and other brewing techniques contribute to the beer’s haze and mouthfeel. ABV falls between 5% and 7% for this unorthodox beer style, which is quickly becoming a staple product at craft beer bars in Malaysia.

A session IPA is defined by the drinkability that allows you to consume it over “sessions”. That means it’s a beer that won’t leave you feeling heavy even when you have more than one pint. Compared to other styles of craft beer in Malaysia, the session IPA’s ABV is on the lower spectrum—usually within the 3% to 5% bracket. In terms of flavours, expect bright tropical notes of tangy fruits, with a subtle bitter finish to boot.

One could be forgiven for mistaking an IPA for a pale ale, and vice versa. Both are accessible craft beers in Malaysia and often intertwine in flavour, finish, and colour. While common knowledge describes IPAs as more intense than pale ales, the brew is ultimately decided by the brewery and it’s entirely possible for a pale ale to be stronger than an IPA. And because not everyone’s taste buds are the same, what a drinker perceives as very bitter might be slightly bitter to another. Nonetheless, as a rule of thumb, IPAs tend to have higher ABV (between 5%  and 8%) pale ales are milder at lower than 5%.

In contrast with the hop-heavy IPA, APAs strike a perfect balance between hoppy and malty. The end product is a lighter character with herbaceous and floral undertones, largely thanks to the use of American hops like Citra and Mosaic. APAs are a well-received craft beer style in Malaysia because of a manageable ABV between 5% and 7% that compliments a silky smooth finish.

Lagers are the preferred type of beer in the non-craft beer world. But that’s slowly changing as independent brewers concoct their own rendition of lagers. Lagers and ales share close ties, with yeast as the defining difference. Brewers cultivate lager yeast under cold conditions while ale yeast enjoys warm temperatures. Because of this brewing technique, lagers act as a blank canvas for the hops and barley to shine. This results in a crisp and light finish with ABV ranging between 3% and 9%.

Sours are… well, sour! Like yoghurt and kombucha, brewers create sours by fermenting wild bacteria culture strains under strict sterile conditions. The result varies on the sour scale—from as aggressive as drinking fresh lemon juice to a pleasant tart mouthfeel. In fact, some sours may even pass off as ciders. Combining funky flavours and low ABV (3% to 5%), sours are a great entry point to craft beers in Malaysia, especially if you aren’t keen on the bitterness and “hoppiness” from IPAs.

Like sours, stouts and porters are popular alternatives to IPAs and pale ales among Malaysian craft beer drinkers. When pouring, both are dark in colour with mysterious and tantalising notes of coffee, chocolate, and the occasional caramel. What sets both styles apart is the richness and degree to which the ingredients are set off when drinking. Stout is a full-bodied, creamy, and bitter ale. Meanwhile, a porter is malty and medium-bodied with lower ABV. Speaking of ABV, stouts generally hover between 5% and 12% while porters range from 4.5% to 8%.

No Longer An Acquired Taste, Craft Beer In Malaysia Is Picking Up Steam

Truth be told, we’re only scratching the surface here. With overlapping variations and interpretations, it’s hard to narrow craft beer categories and subcategories down to a handful of terminologies. And that’s what makes the craft beer scene so exciting—it’s always evolving and pushing the boundaries of beer brewing. With bold flavours and so many styles to suit different preferences, it’s no wonder the local craft beer market is expanding!

Need a dish to pair your favourite craft beer? Say no more; these simple pasta recipes will do the trick.