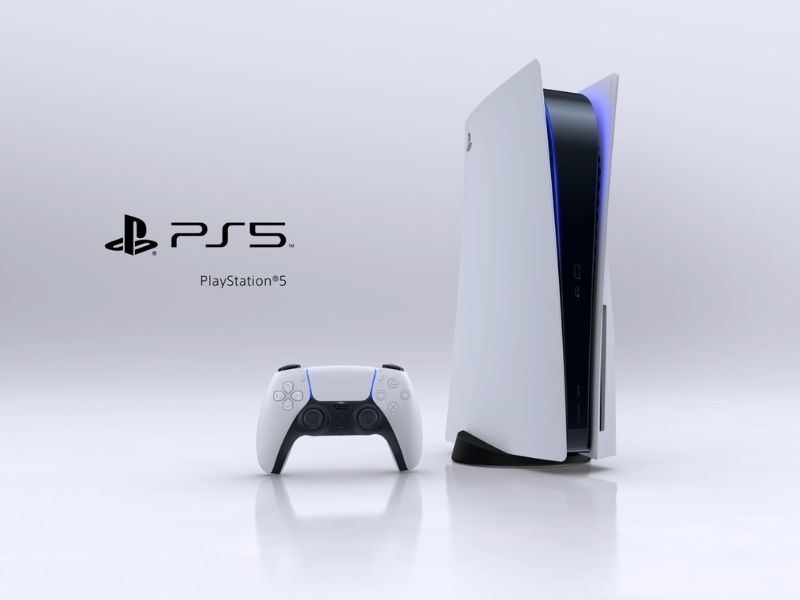 So, you have just become a proud owner of the Sony PlayStation 5 (PS5). Your shiny new gaming console is sitting gloriously beside your 4K television or gaming monitor, ready to work its magic. You are excited to get games for your PS5. Sony has announced a bunch of cool-looking games for their new machine, but a whole lot of them will not be coming out until 2021 or even 2022. Fret not, because there are enough games available for the PS5 right now to last for the months ahead! 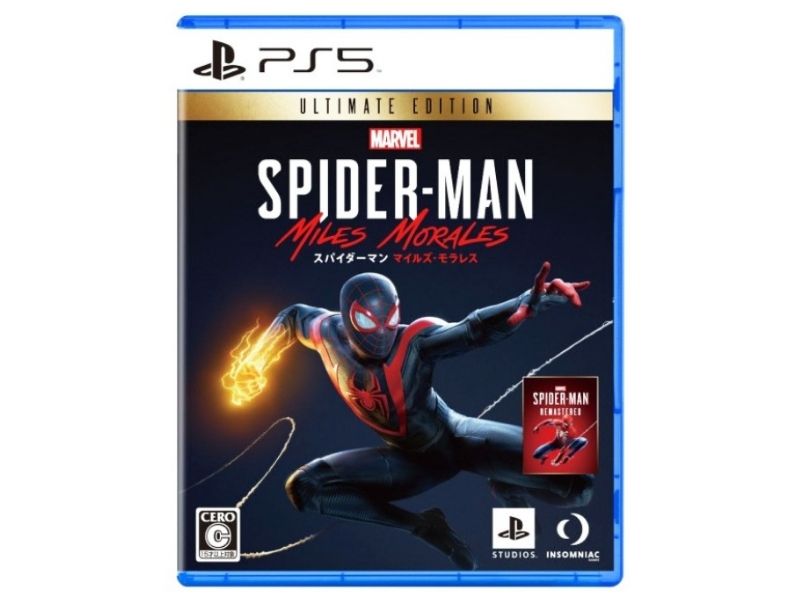 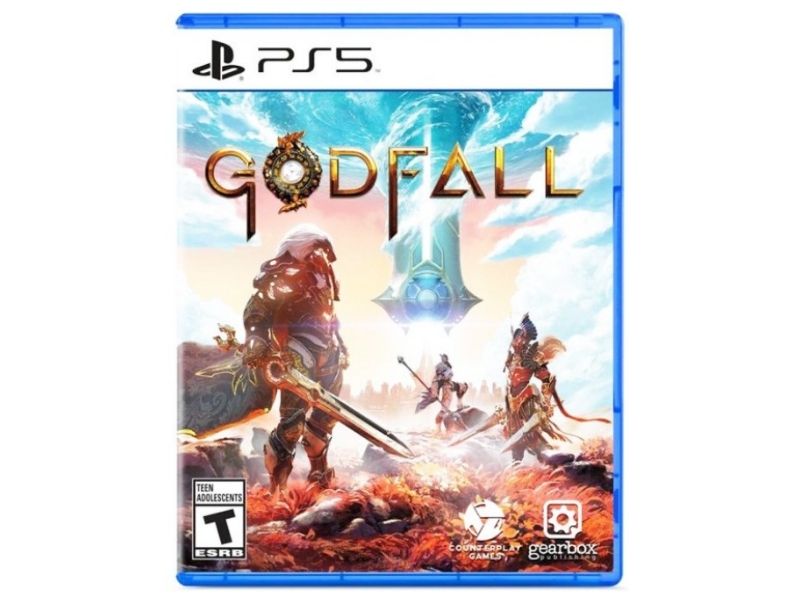 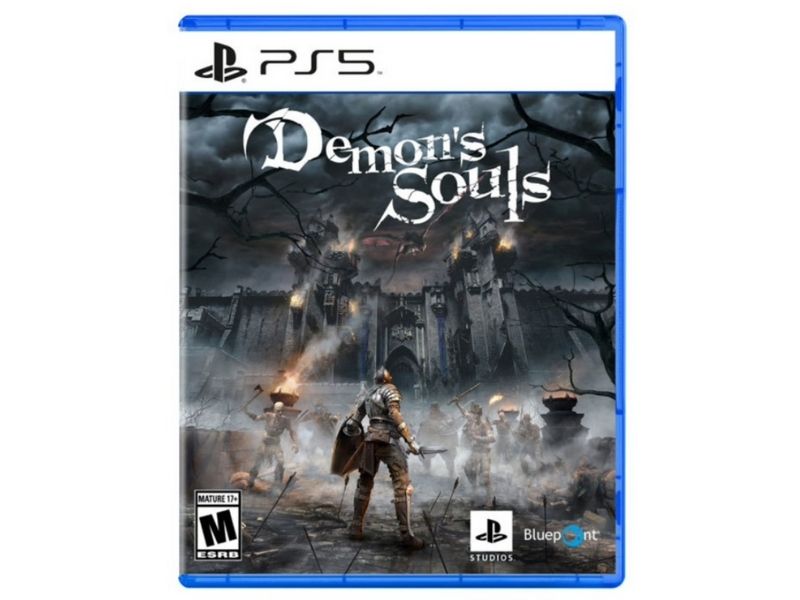 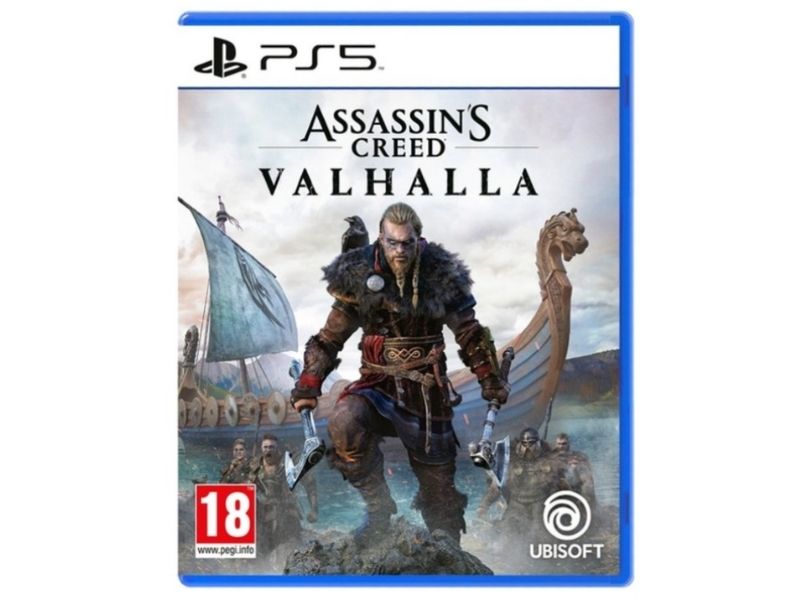 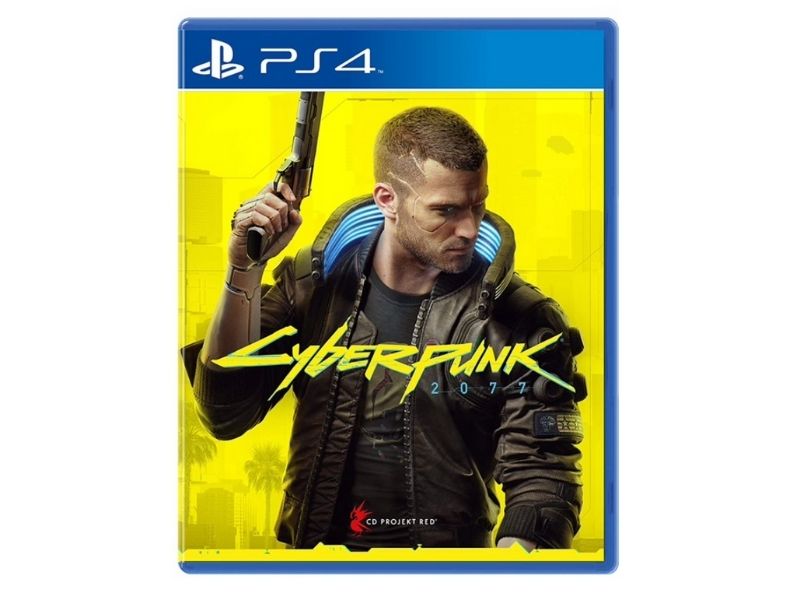 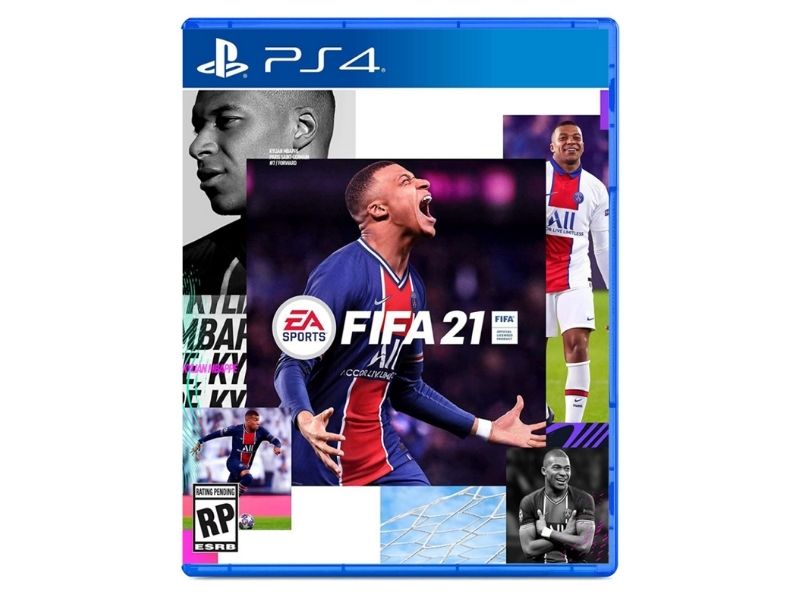 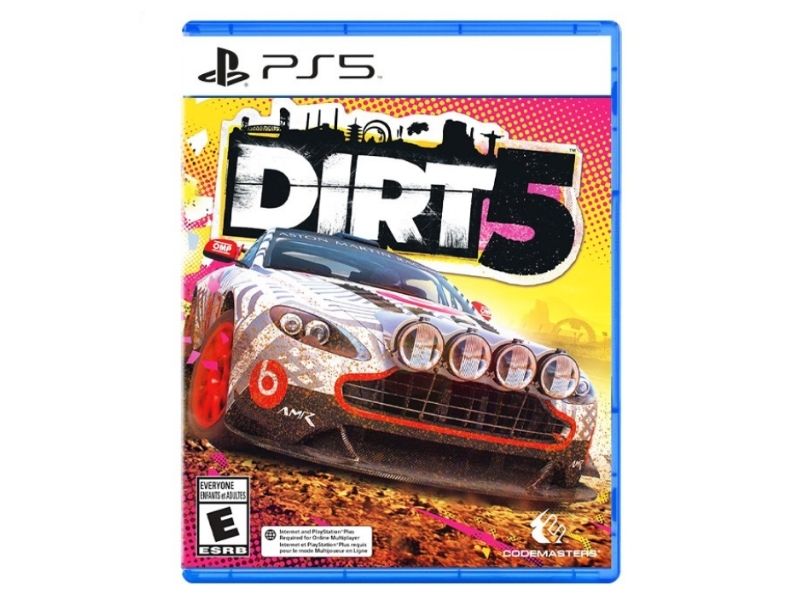 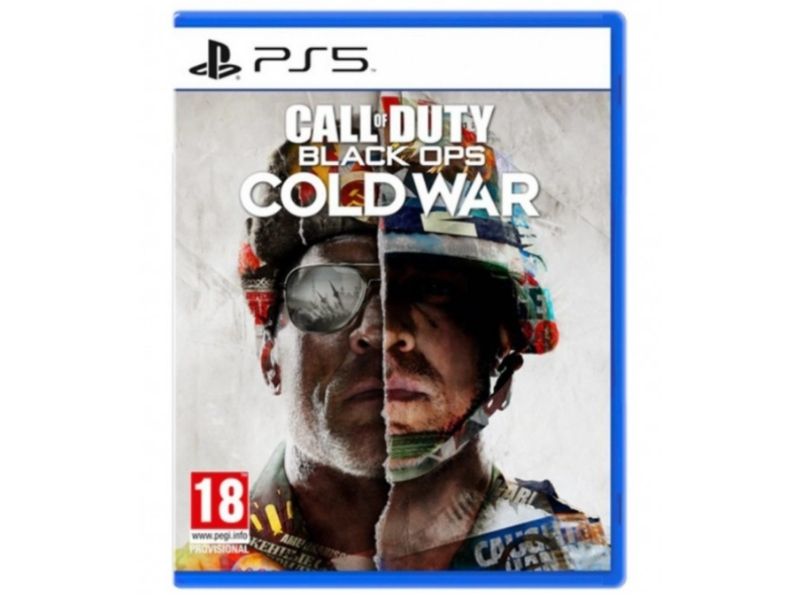 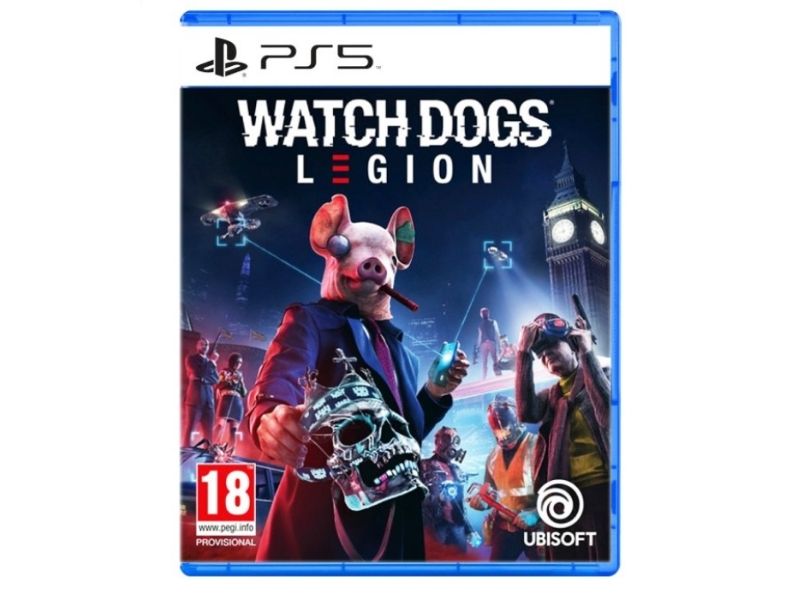 Whether you have just purchased a PS5, or are planning to get one soonest, look no further than the games featured here to kick-start your next-gen gaming experience.

The first thing that you would want to do after firing up your console is to subscribe to PlayStation Plus (if you haven’t already done so for your previous-gen PlayStation consoles) and gain access to the PlayStation Plus Collection. Sony has grouped together some of the finest titles ever to have graced the PS4 over the years and offer the collection of games for PS5 owners to play immediately. They include the likes of The Last of Us Remastered, Uncharted 4: A Thief’s End, God of War, Bloodborne, Final Fantasy XV Royal Edition, Persona 5, and many more. Even if you have played some of these games before on the PS4, these classics warrant a second playthrough on the new, more powerful hardware.

This is a must-get game for the PS5. Sony opened their PS5 reveal event in June with a bang with snippets from Marvel’s Spider-Man: Miles Morales and this game will be one of the first few to showcase PS5’s power. Besides, who doesn’t love swinging around New York City as Spiderman? This marquee title serves as a follow-up to 2018’s best-selling Marvel’s Spider-Man for the PS4, but if you haven’t played that game, you can get the Ultimate Edition which bundles the two games together for the complete experience.

Godfall is the first game confirmed for the PS5, and it continues to intrigue gamers. It is described as a looter-slasher game set in a bright fantasy universe filled with heroic knights and arcane magic. If you like role-playing games (RPG) with elements such as fantasy action, looting, legendary armour sets, and tons of enemies and bosses to defeat, then Godfall will be right up your alley.

The cult classic is being remade for the new-gen system, eleven years later. This is the original entry in the fan-favourite “Souls” series that caused a lot of torn hair, smashed furniture, and broken controllers. Well-known for its unforgiving nature and punishing difficulties, gamers looking for a real challenge to their well-honed gaming skills can face their ultimate test by picking Demon’s Souls up. But be warned – you will die, and you will die again, but this time in glorious 4K (or 8K). Just don’t smash your new DualSense controller against the wall.

The latest in the popular long-running Assassin’s Creed (AC) series is heading to the Viking Age. Play as Viking raider and fearless warrior Eivor as he (or she) leads his clan to conquer ninth-century England ruled by petty lords and warring kingdoms. New to the AC universe this time are assault missions, raids, settlement, world events, and more. AC Valhalla will build on the role-playing elements first introduced in AC Origins and expanded with AC Odyssey. Expect to sink in hundreds of hours as you raid lands, conquer nations, and do what you do best – assassinate foes with your deadliest weapons.

Gamers all around the world have been patiently waiting for Cyberpunk 2077, first announced back in 2012. Having its release date delayed no less than three times, it finally sees the light of the day and you can play it right now on your PS5. The hype for this game is through the roof following the massive success of The Witcher series made by the same reputable developer CD PROJEKT RED. If you are going to play only one open-world game, make it this one. Cyberpunk 2077 may end up being not only the best game for PS5 this year but possibly the best game of 2020 too. Oh, and did we mention the one and only Keanu Reeves is going to be in it?

The annual de-facto football game returns for its latest instalment and FIFA 21 is undoubtedly the most-anticipated sports game for the PS5. Football fans will be happy to know that they can now enjoy their beloved footie sim with upgraded graphics and physics that bring even more realism to the screen. Players will be able to utilize new features such as agile dribbling, positioning personality, and creative runs to play the beautiful game closer to its real-life counterpart. Meanwhile, popular modes such as Ultimate Team and Career Mode are back better than ever, while Volta Football – the new street-style football mode introduced in last year’s instalment – returns with expanded features.

If driving fast cars is more of your cup of tea, Dirt 5 will quench your need for speed. Aside from the obvious graphical improvements as well as more immersive controls on the PS5, Dirt 5 puts you in the driver’s seat of over sixty cars as you race your way to the top in ten stunning real-world locations which include Nepal, China, Greece, Italy, and Brazil. Plus with no less than nine off-road racing varieties, this is a game that you’ll be playing over and over again for months or even years.

No game can scratch your itch for shooting and blowing up stuff quite like the Call Of Duty series. One of the best-selling game franchises of all time, its latest entry is a direct sequel to 2010’s Call of Duty: Black Ops, which remains a fan-favourite till today. Call Of Duty: Black Ops Cold War’s campaign brings back beloved, iconic characters such as Alex Mason, Jason Hudson, and Frank Woods, besides featuring US President Ronald Reagan. Jump into the multiplayer for endless hours of fun once you completed the story mode. On top of all that, dare we mention…zombies!

Here’s another open-world game for the PS5 to pour hundreds of hours into. What sets Watch Dogs: Legion apart from every other open-world game is that you do not only play as a central character throughout the whole game, but you can play as anyone. Yes, anyone that appears in fictional London that is the setting of the game. That construction worker toiling away at the new building site? You can play as him and all his tools will be at your disposal. The unassuming old lady who is actually an undercover spy? She can be at your service. If that doesn’t sound enticing enough, all the hacking tools and modern gadgetry offered by the game for you to “take back London” from modern-day oppression in the age of futuristic technology serve a unique gameplay experience unlike any other.

The PlayStation 5 Is Coming To Malaysia; Prepare Your Games! 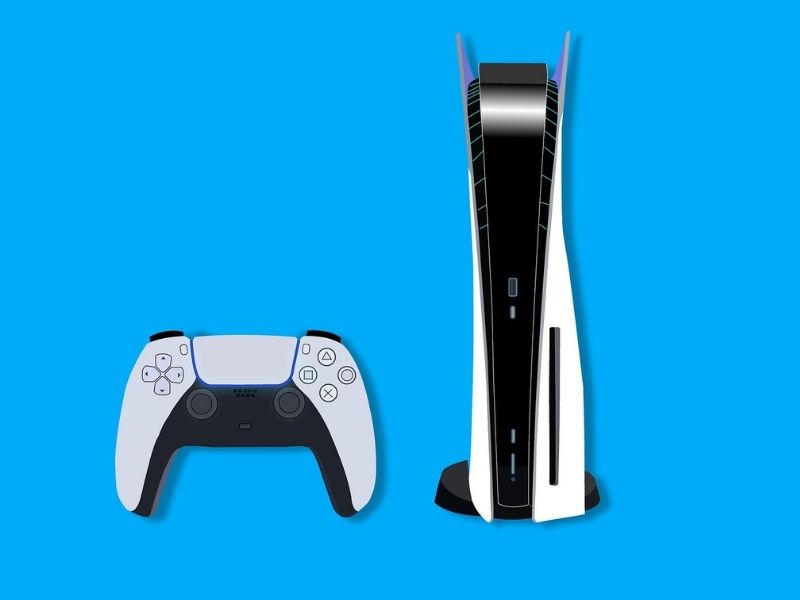 Credit: ayon hasan from PixabayOver the years, the allure of purchasing a brand new game console as soon as it hits store shelves is somewhat tempered by the lack of substantial gaming content. There was the promise of all these awesome-looking games, but it will take years before we get to enjoy them when the console hits its peak potential. The PS5 doesn’t present a dramatic shift in that regard, but there are enough games for the PS5 to warrant a day-one purchase.

Interested in getting a PS5? Learn all about the PS5 price, release date and features!   The mix of new (first-party and third-party) games and classic titles make for a great starting library that will grow thick and fast. Safe to say, there is enough content on the PS5 right now to keep you engaged and make staying at home a blast!